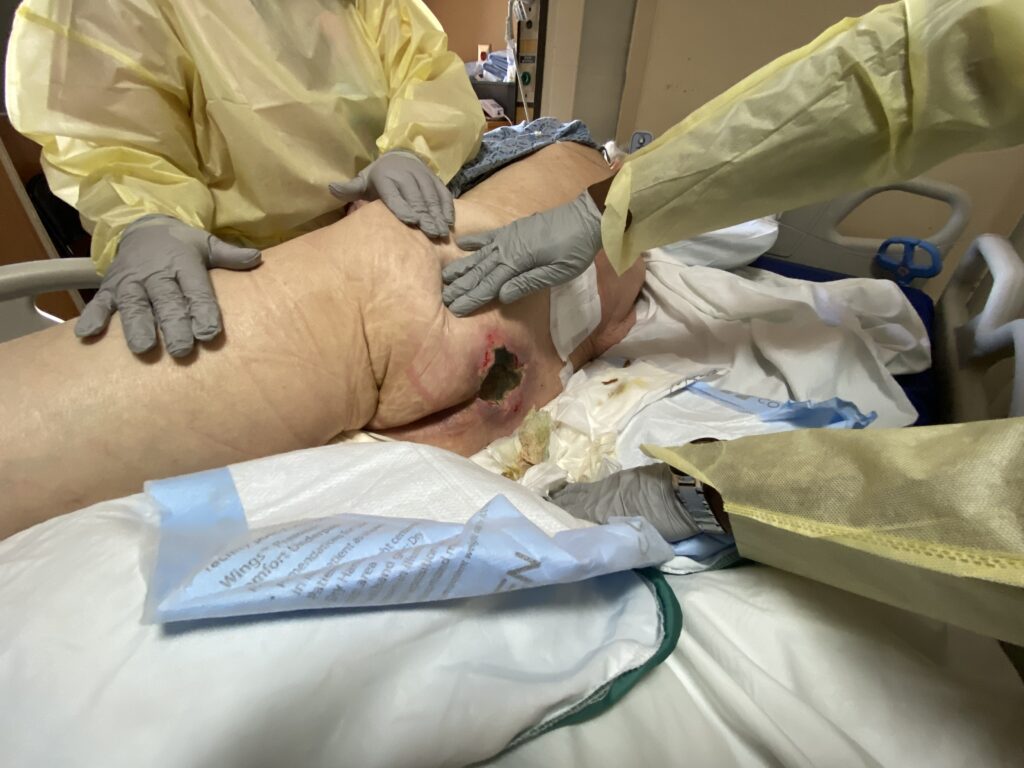 My father was sent to Carmel Mountain Rehab in San Diego after experience a stroke. It was supposed to be his final stop in his recovery. His stroke left him unable to speak however.

The first few days he was doing well. He went through some physical therapy sessions that I videotaped. He could move both arms and legs and pass and kick objects to other people.

On day 14, I showed-up at lunch time. A friend was visiting and was holding a bedpan up to my dad’s chin. He was coughing up a thick black mucus. I immediately pushed the call button. After no one came after about 20 minutes, I grabbed an aid from the hallway and brought her to see my dad. She said she’d go get some help. After another hour, no help came. I once again flagged down the same aid and she was shocked that no one had come by yet.

About two minutes later, the head nurse finally showed up. He looked at my dad and immediately called 911. The ambulance showed up. The CMT told me that my dad’s lungs were full of fluid and that they needed to get him to the nearest hospital ASAP.

In the hospital ER, I was told my dad had sepsis, pneumonia, internal bleeding, malnutrition, and dehydration. He also had a bed sore on his heel and a grapefruit-sized one on the small of his back.

After several weeks in ICU, my father passed away. No person should have to suffer and die the way that he did.